Apple at its annual developers conference, WWDC 2018, announced new versions of its watchOS for the Apple Watch and tvOS for the Apple TV 4K. The new watchOS 5adds features including Activity Sharing competitions, auto-workout detection, advanced running features, Walkie-Talkie, Apple Podcasts and third-party apps on the Siri watch face. On the other hand, the new tvOS 12 brings support for Dolby Atmos audio and other features to easily access the shows and movies.

*Activity sharing: With watchOS 5, user can invite another Apple Watch user to compete in a seven-day Activity competition.

*Auto-Workout detection: Auto-workout detection provides an alert to start the correct workout and gives retroactive credit. This feature also offers a reminder to end workout sessions after a period of inactivity if the user forgets.

*Walkie-talkie: The new watchOS 5 comes with a “Walkie-Talkie” app through which you can send short voice messages. The Watch-to-Watch connection works with both GPS and Cellular version of Watch 3.

*Podcasts: Users will now be able to stream Apple Podcasts by using Siri.

*Actionable notifications: Notifications from third-party apps can now have interactive controls and be used without needing to open the app. 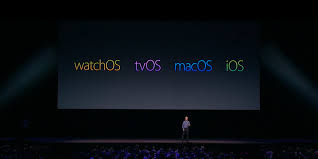 As far as new features of the tvOS 12 is concerned, Apple has announced zero sign-on. With this Apple TV will detect the user’s broadband network and automatically signs them in to all the supported apps they receive through their subscription.

Other updates include, AutoFill passwords from iPhone and iPad to Apple TV to easily sign in to Apple TV apps.The Apple TV Remote will be automatically added to Control Center on iPhone or iPad for Apple TV users. Home control systems like Control4, Crestron and Savant can be used to control Apple TV, including using Siri for voice search and control. Xiaomi MIUI 10 Android skin to launch on May 31

WhatsApp users, here are 6 new features for you