Google just murdered Apple’s Siri in their latest Google Assistant demonstration. Google Duplex’s ability to use and recognize natural language may just be the most impressive demonstration out of Google IO 2018. The example Google showed off live had Google Assistant book a hair salon appointment all by itself… and it was flawless. 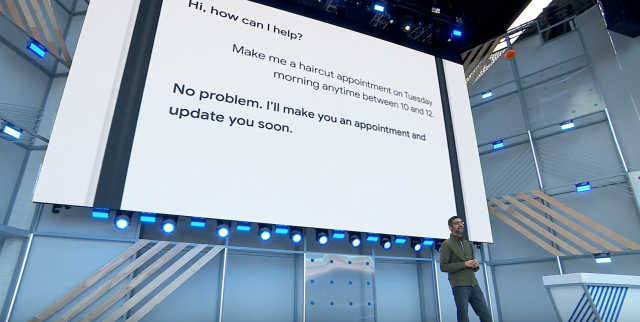 Siri is dead. There’s no catching up.

Your camera app will soon do a lot more than just take photos and videos. Google is integrating “Google Lens” directly into the camera app, showing little contextual dots on items, places, and things that it recognizes. Tap on the colored dot for more info.

Google Lens can read text, identify products, give historical information about landmarks, tell you about nearby stores and restaurants, and a whole lot more. Rather than Googling something, pretty soon we’ll be popping open our camera app for more information..

Google Maps has a brand new look for “Walking Directions” and it. is. amazing. It offers an augmented-reality first person view that is much more intuitive than what we’ve got today.  It uses VPS (Visual Positioning System) to show you exactly where you are and exactly where you need to go. 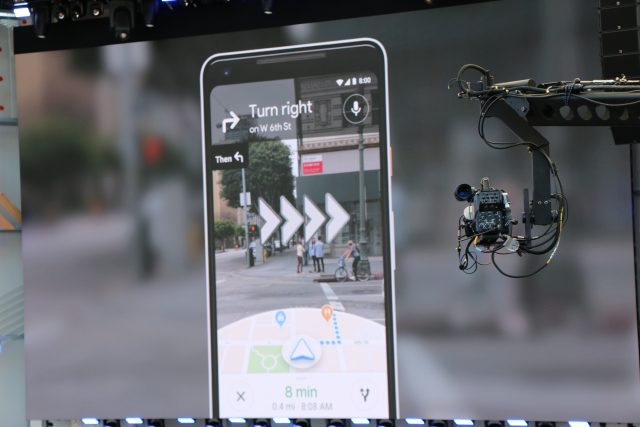 As someone who uses walking directions frequently, I absolutely love this update.

Surprisingly, Google did NOT unveil the dessert name for Android P, but let users know that the Android P Beta is available for download from a number of partners starting today. 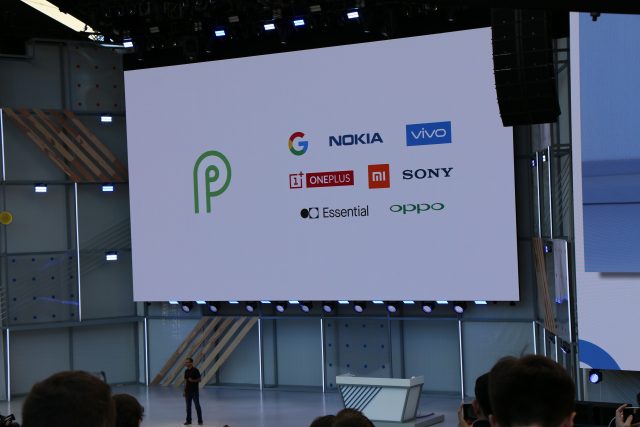 Google is adding 6 new voices to Google Assistant- have a listen: 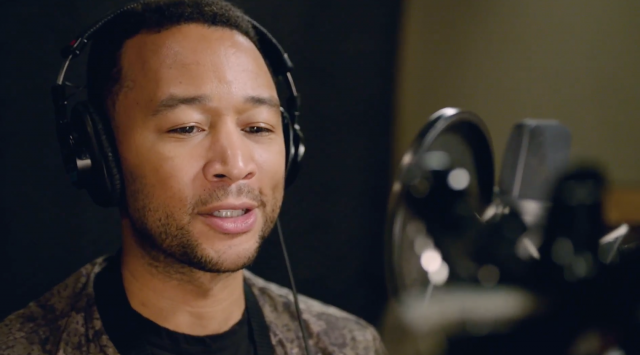 A few big updates to Google Assistant will improve your “Okay Google ” experience:

Coming in July are a bunch of Smart Displays – similar to the Amazon Echo Show – which will include both YouTube and YouTube TV support. We’re guessing Amazon’s products won’t get the same treatment. Wink wink. Nudge. Nudge. 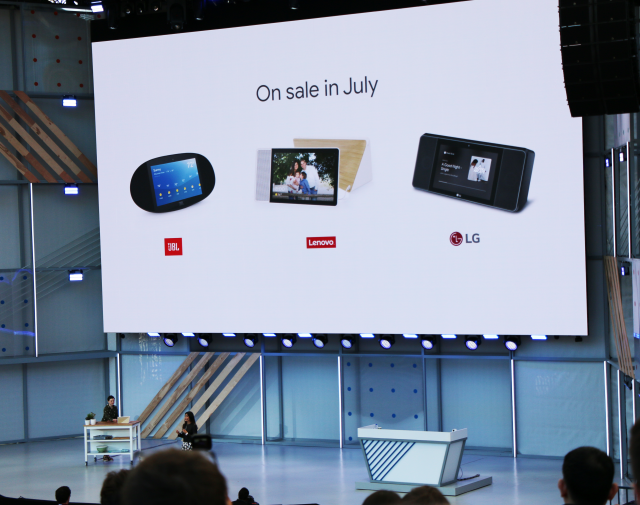 Shown on screen were smart displays from JBL, Lenovo, and LG.

New in Android P is a featured called “Shush”. Place your phone face-down on the table and it will automatically enter Do Not Disturb mode.

Google introduced several other features to improve what they call “Digital Wellbeing” including the Android Dashboard, an app timer to limit uses of specific apps, and a “wind down” option that turns your phone grayscale so you can rest your weary eyes before bed. You can schedule this daily with the Google Assistant command,  “Hey Google, set wind down for 10 PM”

There’s a new feature for Gmail that will auto-complete your sentences using machine learning. All you need to do is hit tab and Google’s AI will autocomplete your sentence for you, adding things like names, phone numbers, and addresses with ease. Google’s new Smart Compose will roll out to all users later this month.

A new feature in Google Photos will suggest solutions inline while viewing photos, allowing users to easily complete small tasks that will greatly improve their experience. Sharing photos, fixing exposure, converting photos to PDFs, popping colour, and colorizing photos are some of the examples shown off.

Google has a new experience for Google News, personalizing news just for you, assembling the things you need to know about. The more you use Google News, the better it gets. The new Google News also includes something called Newscasts. These provide short previews of content, giving you an easy way to get started with your news.

Another new feature, dubbed “Subscribe with Google”, allows you to use your Google account to access your paid content everywhere from Google’s own products to publisher’s sites too. Shown off in the demo: The Washington Post. This allows you easily access high quality information that you care about with no hassle. This is rolling out in 127 countries today on Android, iOS, and web.

Android P has a drastically new gesture-based UI. For those of you that have seen the gesture-based UI on Apple’s iPhone X, you’ll notice many similarities. This new navigation system is much simpler and faster, allowing you to more easily accomplish normal navigation tasks.

App Actions occur directly in your device’s search bar and gives a 60% predictive rate, adapting to the user, helping the user get to their next task as quick as possible. Slices are a new API allowing developers to surface snippets of apps in various places throughout the entire OS.

Sundar opened the Google IO 2018 Keynote on a light note, saying he was happy to announce that the cheeseburger and beer emojis have been fixed. What were the designers of the beer emoji thinking? No clue. 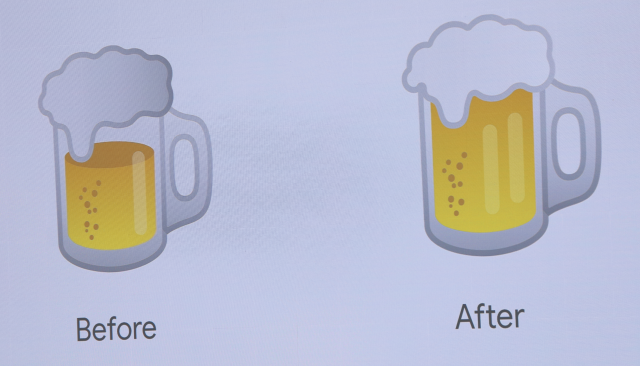 ABOUT US
Newspaper is your news, entertainment, music fashion website. We provide you with the latest breaking news and videos straight from the entertainment industry.
Contact us: contact@yoursite.com
FOLLOW US
© Newspaper WordPress Theme by TagDiv
MORE STORIES
Google